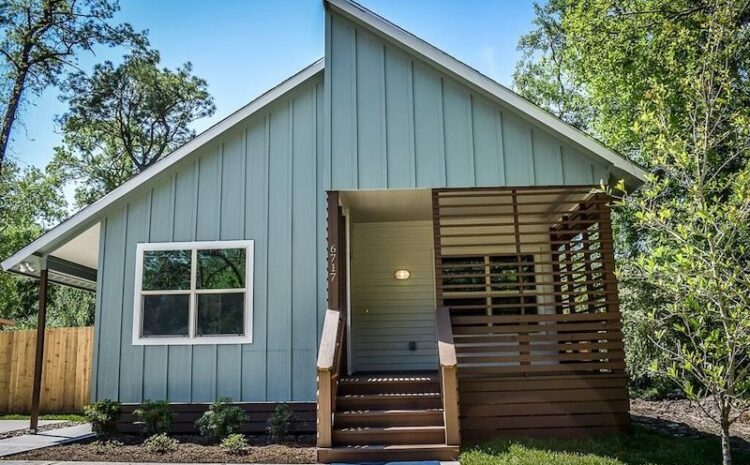 Earlier this year, Kizzy Jefferson closed on her first house. The newly finished three-bedroom, two-bathroom residence in Acre Homes, a historically Black neighborhood in Northwest Houston, sold for $75,000, less than a third of the city’s median single-family home price of $250,000. Long considered an unusually affordable city, Houston has experienced the same soaring property values in recent years as many other metropolitan areas in the United States. In the past decade, median home prices in the city have increased by 67 percent, while income has increased by only 20 percent.

“It takes two to three incomes to afford most houses,” said Jefferson, a Houston native and single parent who works in the healthcare industry. As a veteran, Jefferson had tried for years to get a VA-backed loan to buy a house in her hometown. Last fall, she was walking out of her local library and saw a flier for the Houston Community Land Trust (HCLT). She attended an informational meeting in January, and by the beginning of April she had become a homeowner.